The Immortal Soul – True or False?

Most churches teach that every person possesses an immortal soul, which is distinct from the body of the person.  For example the London Baptist Confession of Faith:

The bodies of men after death return to dust, and see corruption but their souls, which neither die nor sleep, having an immortal subsistence, immediately return to God who gave them.­  “The souls of the righteous being then made perfect in holiness, are received into paradise, where they are with Christ, and behold the face of God in light and glory, waiting for the full redemption of their bodies; and the souls of the wicked are cast into hell; where they remain in torment and utter darkness, reserved to the judgment of the great day;”

The Bible teaches that when a person dies they are unconscious, knowing nothing, and are as though they never lived.

Eccl 9:5-6 “The dead know not anything … their love their hatred their envy is perished …”

Psalm 6:5 “In death there is no remembrance”

Psalm 146:4 “His breath goeth forth  … in that day his thoughts perish”

Man does not possess immortality

If man did have immortality then the following contradictions would arise:

What the Bible says about Souls

The word “Soul” in the Bible primarily means a “breathing creature”, a “body capable of life, – in man or beast.  The term is also used of various attributes and aspects of the body.

“Soul” in the Old Testament

The word is used 326 times in contexts where it is evident that it is subject to death.  For example:

Adam is described as becoming a living soul at creation –

Gen 2:7 “God breathed into his nostrils the breath of life; and man became    a living soul (Nephesh)”

Soul (Heb “Nephesh”) is also used of the animal creation

“Soul” in the New Testament

The word is used 45 times in contexts where it is evident that it is subject to death.  For example:

Acts 3:23 “.. every soul that will not hear that prophet shall be destroyed..”

Souls are not once described as immortal

These words of Jesus are sometimes quoted to prove that God has a big house in heaven and this is where peoples souls go when they die.  However this is not really what these verses teach.

Some think Jesus is telling the repentant thief that he will be in heaven with Jesus that very day.  However it doesn’t really teach that.

Origin of the doctrine of the Immortal Soul

The doctrine of the immortal soul has come from pagan mythology and been adopted into Christianity in the second and third centuries.  The following quotations establish that this is well known.

“The immortality of the soul is a doctrine of heathen origin. It was held by the Pagan priests of Chaldea, Babylonia, and Egypt, centuries before the Christian era, and by Pythagoras, the philosopher, who taught the pre-existence and transmigration of souls. After him it was taught by Socrates, a most celebrated heathen philosopher, and after him by Plato and the Platonists, from which sect sprang some of the earliest heresies of the Christian Church of the first four centuries.”  (Rev. G. Waller, Biblical View of the Soul, p. 65)

“The Egyptians were the first who asserted the doctrine that the soul of man is immortal” (Herodotus “Euterpe” II, p123)

“Careful attention to the origin of the doctrine of the necessary immortality or indestructibility of each human soul, as stated for instance by Augustine or Aquinas, will probably convince us that it was not part of the original Christian message… It was rather a speculation of Platonism taking possession of the Church.” (Bishop Gore “The Epistle to the Romans” Vol 11, p212) 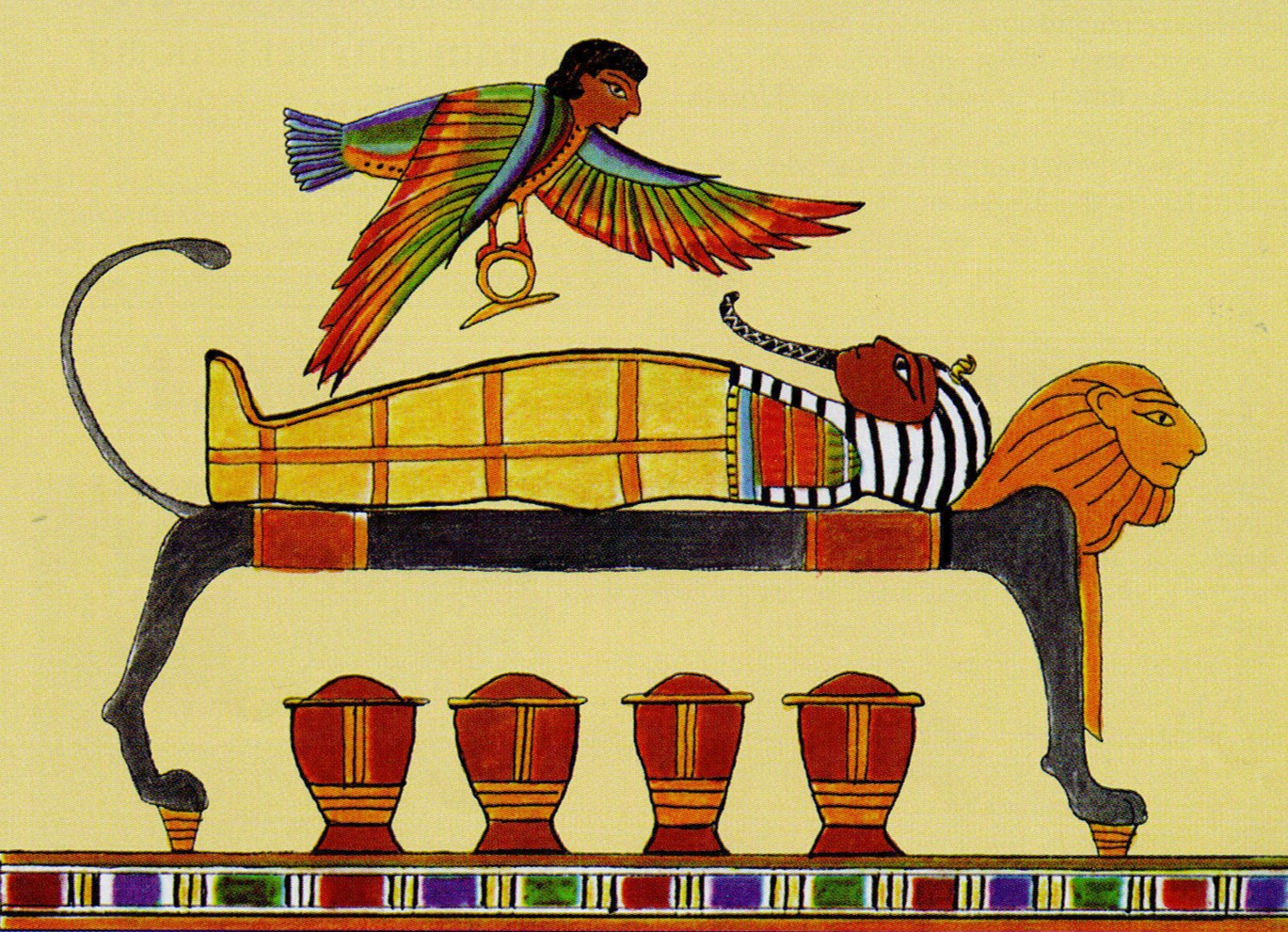 “Death is merely the separation of soul and body” (Plato, “The Phaedo”)

The ancient Egyptian book entitled “Theban book of the Dead” (British Museum – E A Wallis Budge) describes the Egyptian teaching of an immortal soul that departs from a person at death and goes to an afterlife.  “That part of man … which was believed to enjoy an eternal existence in heaven in a state of glory, the Egyptians gave the name “Ba” (hieroglyph is a bird) and which has always hitherto been translated by “soul”.  In the pyramid texts the permanent dwelling place of the “ba” or soul is in heaven with the gods, whose life it shares”

Resurrection from the dead is the hope of the Righteous

The Bible abounds in references to the Resurrection of the Dead to eternal life, as being the hope of the Righteous

That there will be a Resurrection

The Resurrection will be at the Return Of Christ

There are many scriptures that show that the resurrection will occur at the return of Christ to the earth.

1 Thess 4:16   “the lord himself shall descend from heaven … and the dead in Christ shall rise”

The apostle Paul at his death was eagerly looking forward to the return of Christ and the resurrection.

2 Tim 4:8        “ … there is laid up for me a crown of righteousness, which the Lord the righteous judge shall give meat that day: and not to me only but unto all them also that love his appearing”