In the days of the prophets of Israel (850-560 BC approximately) two great military powers arose in the territory around the Euphrates and the Tigris rivers, now known as Iraq. The earlier was the Empire of Assyria, with Nineveh as its capital. During two centuries the Assyrians carried out invasions of the territory of surrounding nations: southwards they dominated the Chaldeans and their capital, Babylon; eastwards they overran Syria, then advanced down the Mediterranean coast, through Israel as far as Egypt. Their policy was one of terror. Their aim was to terrorise local populations into submitting and paying an annual tribute. To this end they sacked and burnt towns, devastated the countryside, massacred the inhabitants and took thousands away captive to Assyria.

The second half of the 7th century BC saw the decline of Assyrian power and the rise of the Babylonian. In 612 BC Nineveh was conquered. Nebuchadnezzar, king of the Chaldeans, rapidly created the new empire. The smaller nations of the Middle East, rejoicing over their deliverance from Assyria, soon found themselves overrun by the armies of Babylon. In particular Nebuchadnezzar overran Israel, sacked Jerusalem and burnt its temple, and carried thousands away captive to Babylon. He then went further south and invaded Egypt. The Babylonian Empire was the second phase of this military domination arising from the area of the Euphrates.

In particular, Nebuchadnezzar, its greatest king, made the city of Babylon a marvel in the world of the Near East. He built enormous temples and palaces, and surrounded the city with an immense protective wall: Babylon became the glory and pride both of Nebuchadnezzar himself and his Chaldean people.

It is difficult for us in these days to realise the impact of such ruthless power and extravagant wealth upon the inhabitants of the smaller nations. To them the empires of Assyria and Babylon must have seemed terrifying and invincible.

Yet 100 years before Babylon reached the height of its power, Isaiah the prophet foretold its overthrow in very specific terms. In a chapter headed “The burden of Babylon”, this is what he said:

“… The day of the LORD is at hand; it shall come as a destruction from the Almighty … Behold, I will stir up the Medes against them … And Babylon, the glory of kingdoms, the beauty of the Chaldeans’ pride, shall be as when God overthrew Sodom and Gomorrah. It shall never be inhabited … neither shall the Arabian pitch tent there; neither shall shepherds make their flocks to lie down there. But wild beasts of the deserts shall lie there.” (Isaiah 13:6,17,19-21)

The fate of Babylon is clear: the attackers are to be the Medes (a nation to the east of Babylon); the city is to become a desolation, inhabited by neither man nor beast. And let us remind ourselves that this clear prophecy was uttered 100 years beforeBabylon arose to the height of its power and glory.

Another prophet, Jeremiah, writing 100 years later, when Nebuchadnezzar was about to attack Jerusalem, added to the forecasts of Babylon’s downfall:

“Behold, I will raise up against Babylon a destroying wind … Babylon is suddenly fallen and destroyed … Prepare against (Babylon) the nations, with the kings of the Medes … Babylon shall become heaps (ruins), a dwellingplace for jackals, an astonishment and an hissing, without inhabitant … The broad walls of Babylon shall be utterly overthrown, and her high gates shall be burned with fire … O LORD, thou hast spoken against this place to cut it off, that none shall dwell therein, neither man nor beast, but it shall be desolate for ever.”

And finally the prophet is commanded to bind a stone to the roll of the prophecy and to throw it into the river Euphrates, declaring:

The agreement between the prophecies of Isaiah, written 100 years before Babylon arose to power, and of Jeremiah, written when the empire and city were at the height of their glory, is complete. To the people of those days it must have sounded as it would to us if it were prophesied that a great city like London, New York or Sydney was to be destroyed and to remain a desolation for ever. In this age of nuclear weapons such a fate would not be inconceivable; but the prophets of Israel uttered their predictions over 2,500 years ago, long before anyone dreamed that such total destruction was possible.

History reveals how the prophecies about the fate of Babylon were progressively fulfilled. The first despoilers were the Medes and the Persians in the 6th century BC. From that time the glory of Babylon began to fade. Then came the Greeks under Alexander the Great, then the Romans; after them various warlike tribes like the Parthians, the Arabs and the Tartars. For centuries the actual site of the ancient city of Babylon was a heap of ruins, shunned – so travellers tell us – by wandering nomads. It was not until the archaeologists began to explore the site in the first half of the 19th century that the ruins of the great walls, the mighty temples and gates, and the immense statues revealed to an astonished world how magnificent ancient Babylon must have appeared in its day. 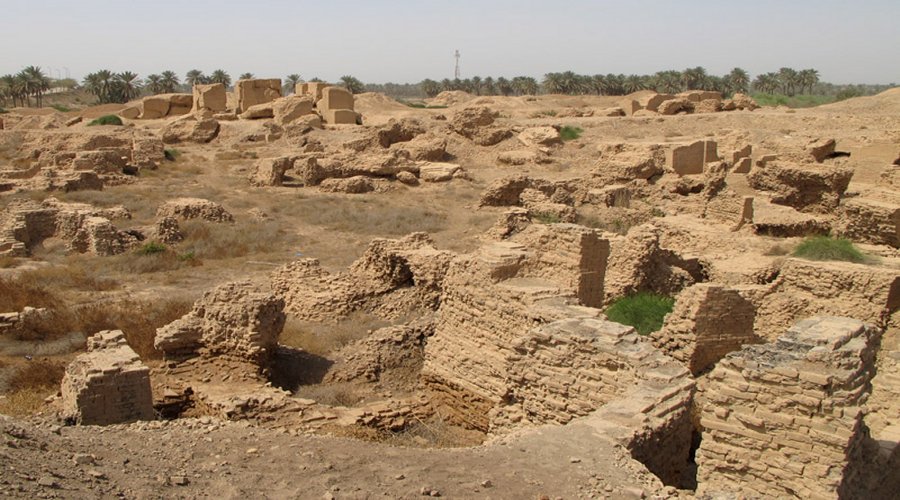 So history reveals how Babylon, “the glory of kingdoms”, became ruined and deserted, just as the prophets of Israel said it would.