Archaeology has over the last 200 years verified a host of historical and factual details given in the Bible and so gives evidence that the Bible is true. Over 25,000 sites have been discovered by archaeology pertaining to the Bible, as well as the records of tens of thousands of individuals and events. Nelson Glueck, the renowned Jewish archaeologist, said, “It may be stated categorically that no archaeological discovery has ever controverted its Biblical reference.”

Many archaeologists have been convinced by their own findings that the Bible is an astonishing book – some even to the point of becoming Christians. Sir William Ramsay, for example, was a wealthy atheistic English archaeologist who was determined to disprove the Bible. He spent many decades over his diggings and published book after book, detailing his findings which all confirm the Word of God. Sir William finally declared that the Bible is accurate and is the Word of God as a result of his findings!

In chapter 5 of the book of Daniel there is reference to Belshazzar, a Babylonian king (Daniel 5:1). Daniel tells us that Belshazzar was the last king of Babylon. Yet for centuries Belshazzar’s name was found nowhere outside of the Bible. Historical records named Nabonidus as Babylon’s final king. Some scholars in the early 1800’s, therefore, rejected Daniel’s account, labeling it one of the Bible’s many “historical mistakes.”

But in 1853, archaeologists discovered four small clay cylinders at Ur in Mesopotamia, inscribed with accounts of the rebuilding of Ur’s ziggurat (temple tower) by King Nabonidus. The inscriptions concluded with prayers for Nabonidus’ health—and for his eldest son and co-regent, Belshazzar! Other texts that have been found show numerous treaties and contracts that mention this as well. 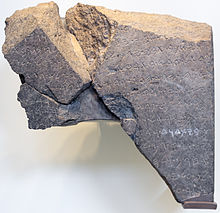 Some scholars doubted that David, the famous king of Israel ever lived.  But in 1993, Israeli archaeologist Avraham Biran discovered a ninth-century B.C. stone tablet among the rubble of a wall at Tel Dan in northern Israel. The 13 lines of script on the tablet commemorate the defeat of Baasha, king of Israel, by Asa of “the House of David.” This provided not only the first corroboration of their warfare (described in 1 Kings 15), but also the first mention of the name David outside the Bible.

References to the Hittites (as in 2 Kings 7) were also once regarded as scriptural inaccuracies. For hundreds of years history knew nothing of the Hittites outside of the Bible. Some suggested there had been a scribal error and that Assyrians were actually intended. The Bible was vindicated when Hittite monuments were discovered in the 1870s at Carchemish on the Euphrates River in Syria. In 1906, excavations at Boghazkoy in Turkey uncovered thousands of Hittite documents. 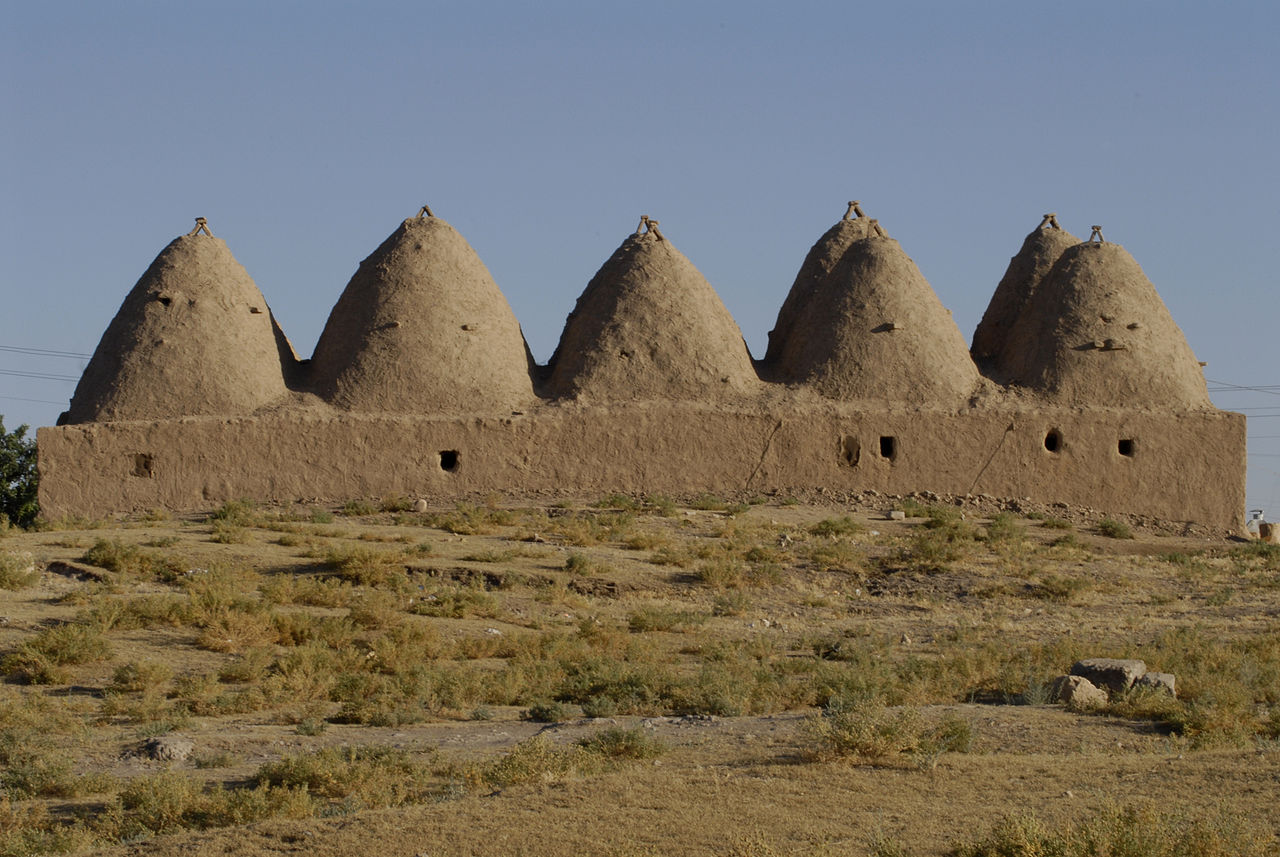 Haran, Home of the Patriarchs

Haran is a place named in Genesis 11:31 where Abraham’s father settled together with other relatives of Abraham.  The existence of Haran was long disputed. A village called Harran (Haran) exists in Turkey today, and it has been found to stand atop the ancient Haran of Old Testament times.  Also found near Haran are villages that still bear the names of Abraham’s great-grandfather and grandfather, Serug and Nahor, as mentioned in Genesis 11:22-26. Haran was the father of Lot (Genesis 11:27). 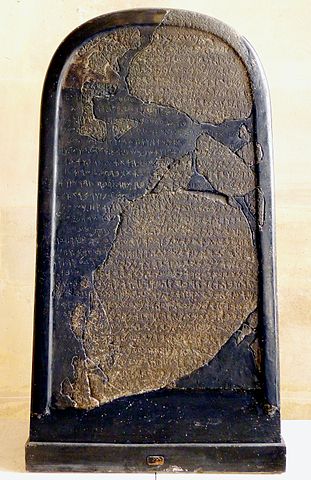 The ancient Moabites were relatives of the Israelites according to Genesis 19:37. The Moabite stone (now in the Louvre, Paris), was found at the site of ancient Dibon (Jordan) and records statements of King Mesha of Moab, who brags of having driven the Israelites out of his land. This is in agreement with 2 Kings 3 which records that the king of Moab had rebelled against the king of Israel after the death of King Ahab.  The stone says that King Omri and his son Ahab “humbled” Moab for many years. After Ahab’s death, King Mesha said he had “triumphed” over Ahab’s family and that Israel had “perished forever.”  The Moabite stone also contains reference to the name of God, Yahweh.

The Black Obelisk of Shalmaneser 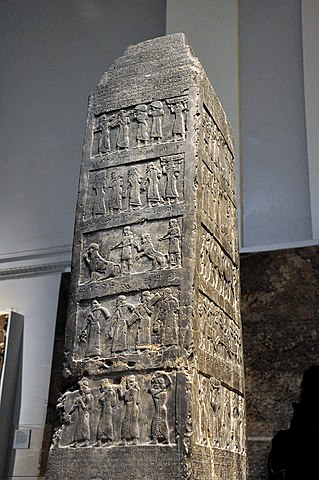 King Shalmaneser III, enemy of the Israelites. The Black Obelisk was discovered in the palace at Nimrud in Iraq.  In one of the pictures on the Obelisk it shows the Biblical Jehu, King of Israel, kneeling down and bringing tribute to the Assyrian king, Shalmaneser.  King Jehu’s reign is mentioned in 2 Kings 9-10, even though the tribute is not.

The book of Exodus (Exod 1:11) tells how the Egyptians forced their Israelite slaves to build these two storage cities (Pithom and Raamses), yet the critics said it was a fable for children. But archaeologist Sir Flinders Petrie discovered the site of these cities and found that the buildings were the only ones in Egypt built with mortar. Interestingly enough, the lowest levels of the building were built with brick and straw, the next levels were built with bricks and stubble, and the upper layers were built with no straw or stubble at all! A perfect parallel to the Biblical account. 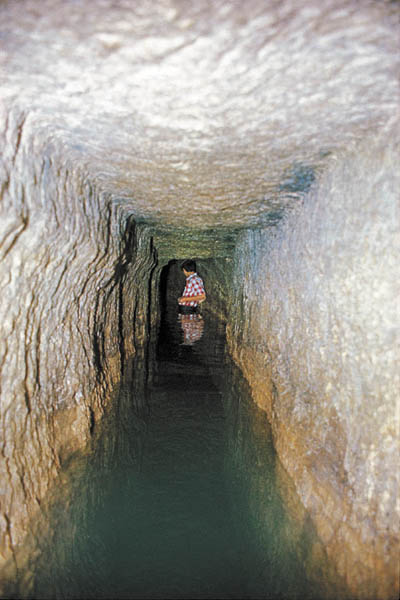 The tunnel that King Hezekiah of Judah made in about 700BC is still to be seen at the City of David archaeological park in Jerusalem.The Bible records in 2 Kings 20:20 that Hezekiah ordered the tunnel to be made so the water from Jerusalem’s Gihon Spring could be brought into the city to a man-made reservoir, the Pool of Siloam. This tunnel provided water to Jerusalem during the siege of King Sennacherib of Assyria.  An inscription was found in the tunnel that describes how the tunnel was made.

This 40cm tall, six-sided baked clay prism from ancient Assyria contains the story of the invasion of the kingdom of Judah by Sennacherib in 701

B.C. The prism was found at Nineveh, the ancient capital of Assyria.

King Sennacherib of Assyria is mentioned in 2 Kings 18-19. Isaiah prophesied that God would protect Jerusalem against attack by Sennacherib (Isaiah 36-37, 2 Chronicles 32). While the prism does say that the Assyrians trapped Hezekiah in Jerusalem “like a bird in a cage,” like the Biblical record, it says nothing of them conquering the city.

The Bible says that God spared Jerusalem. The prism, together with the Lachish reliefs and excavations, adds detail to the Biblical account. King Hezekiah prayed to the Lord. Isaiah brought him God’s message. That night the Lord smote 185,000 Assyrians, and Sennacherib went back to Ninevah and later was killed by his sons (Isaiah 37:35-38). 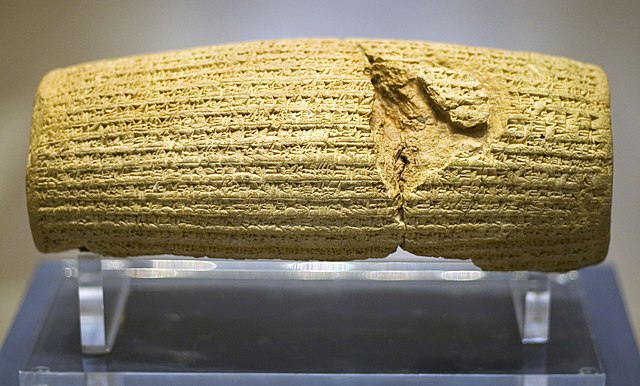 This 23cm long clay cylinder was found at ancient Babylon, and dates to 539 B.C.  It tells of King Cyrus of Persia’s conquest of Babylon and of his decree to let the captives held by Babylon return to their lands and restore their temples. Cyrus sent the Jews back to their homeland after many years of exile in Babylon as Isaiah prophesied (2 Chronicles 36:23; Ezra 1; Isaiah 44:28). This “return home” decree was one of the many issued by Cyrus. Though not mentioning Judah, It confirms that this was Cyrus’s policy and gives credibility to the Biblical record.

The Dead Sea Scrolls collection includes hundreds of scrolls and scraps that date between 300 B.C.and 70 A.D. The first of them was found in 1947 in the

Qumran caves near the Dead Sea about 10km south of Jericho. Some of the scrolls were found in jars. About one-third of the scrolls contain copies of portions of OldTestament books (every book but Esther). These copies are over 1,000 years older than most of the manuscripts scholars previously had available for study and translation.

This is one of the most important finds in history because it shows that the Old Testament was copied very accurately over the centuries. When the scrolls were compared with the oldest Masoretic text, only insignificant differences were found. Therefore we can be confident that our current translations are faithful to the original.

The excavation of Gezer in 1969 ran across a massive layer of ash that covered most of the mound. Sifting through the ash yielded pieces of Hebrew, Egyptian, and Philistine artifacts. Apparently all three cultures had been there at the same time. This puzzled researchers greatly until they realized that the Bible told them exactly what they had found. “Pharaoh king of Egypt had attacked and captured Gezer. He had set it on fire. He killed its Canaanite inhabitants and then gave it as a wedding gift to his daughter; Solomon’s wife.” (1 Kings 9:16) 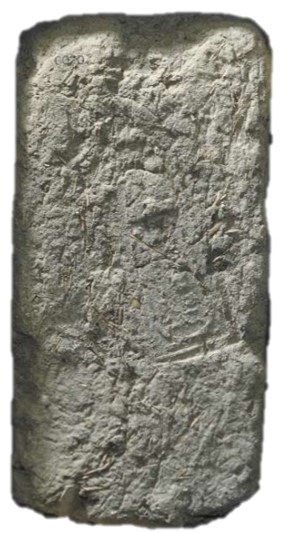 Exod 1:14 and Exod 5:7-8 shows that the Israelites as slaves in Egypt were required to make mud bricks with straw.  In the British Museum this is an Egyptian mud brick t made with straw that has been dated to the time of Raamses, which is around the time when Israel were slaves in Egypt.  A wall painting in an Egyptian tomb in the Valley of the Kings and Queens at Thebes shows foreign slaves making mud bricks, just as the Israelites were required to do.

The name Israel is inscribed in hieroglyphs on a stone slab found in 1896 at Thebes. It is the only mention of Israel in all Egyptian records discovered so far, and the oldest evidence outside the Bible for Israel’s existence. Israel is listed as one of the peoples in western Asia during the reign of Ramses II’s son, Merneptah (c.1213-1203 B.C.), offering evidence that the Israelites were already settled in Canaan (the Promised Land) by that time.

This clay tablet (which is in the British Museum) is also known as the Jerusalem Chronicle.  It contains a description of the first 11 years of the reign of the Babylonian king Nebuchadnezzar.  It gives a Babylonian account of the siege of Lachish and Jerusalem in 597 B.C., the appointment of Zedekiah as puppet ruler of Judah, and the Jews’ exile to Babylon (2 Kings 24).

A battered limestone slab found at Caesarea is the only known inscription from his lifetime naming Pontius Pilate, the Roman governor of Judea who ordered the crucifixion of Jesus. Part of Pilate’s name can be seen on the second line. The stone had been part of a building dedicated in honor of the Emperor Tiberius.

A crucifixion victim found in 1968 in a tomb at Giv’at ha-Mivtar, northeast of Jerusalem, provides the first authenticated physical evidence of a crucifixion in biblical times. The left heel bone was still fixed by a nail. An inscription names the victim as Yehohanan (John), a Jewish male about 25 years old who was executed around the mid-first century A.D.

An inscription from Delphi in Greece, dates to A.D. 52, names Lucius Junius Gallio as proconsul of Achaia. The apostle Paul was brought before Gallio by his Jewish accusers during his first visit to Corinth (Acts 18:12).