The coming Kingdom of God

The world is about to change dramatically.  Jesus Christ is about to return to the earth and rule as king of the world from the city of Jerusalem. 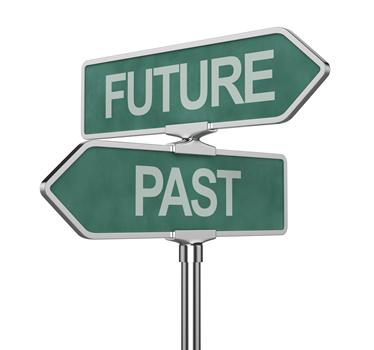 The Bible shows that Jesus Christ will return to rule the earth. After Jesus was resurrected from the dead, He ascended into heaven from the Mount of Olives in the sight of his disciples and the assurance was then given that He would return in the future.

Acts 1:9-11 And when he had spoken these things, while they beheld, he was taken up; and a cloud received him out of their sight.  And while they looked stedfastly toward heaven as he went up, behold, two men stood by them in white apparel; Which also said, Ye men of Galilee, why stand ye gazing up into heaven? this same Jesus, which is taken up from you into heaven, shall so come in like manner as ye have seen him go into heaven.

The Bible teaches that the returned Jesus Christ will rule the world:

Acts 17:31 Because he hath appointed a day, in the which he will judge the world in righteousness by that man whom he hath ordained; whereof he hath given assurance unto all men, in that he hath raised him from the dead.

There are many Bible Prophecies which are coming to pass and are signposts to the near return of Jesus Christ.  The following are seven signs of this.

The Jewish people have been scattered across the world for nearly 1900 years from the time of 70CE.   The Bible predicted:

In the book of Ezekiel, chapter 38 there is a description of the emergence of the nation of Russia and it leading a confederacy of nations to invade the land of Israel.  Russia is named as Rosh in the Hebrew text of Ezekiel 38:2.

“Son of man, set your face toward Gog of the land of Magog, the prince of Rosh, Meshech and Tubal, and prophesy against him” (NASB)

Concerning Rosh in this verse, the Hebrew scholar Gesenius states:

“A proper noun of a northern nation, mentioned with Tubal and Meschech; undoubtedly the Russians, who are mentioned by Byzantine writers of the tenth century under the name of ‘oi Ros’…”

Russia was an obscure nation at the time that Ezekiel wrote, but has risen particularly in the last 100 years to be a great power, capable of fulfilling its role in Ezekiel 38. 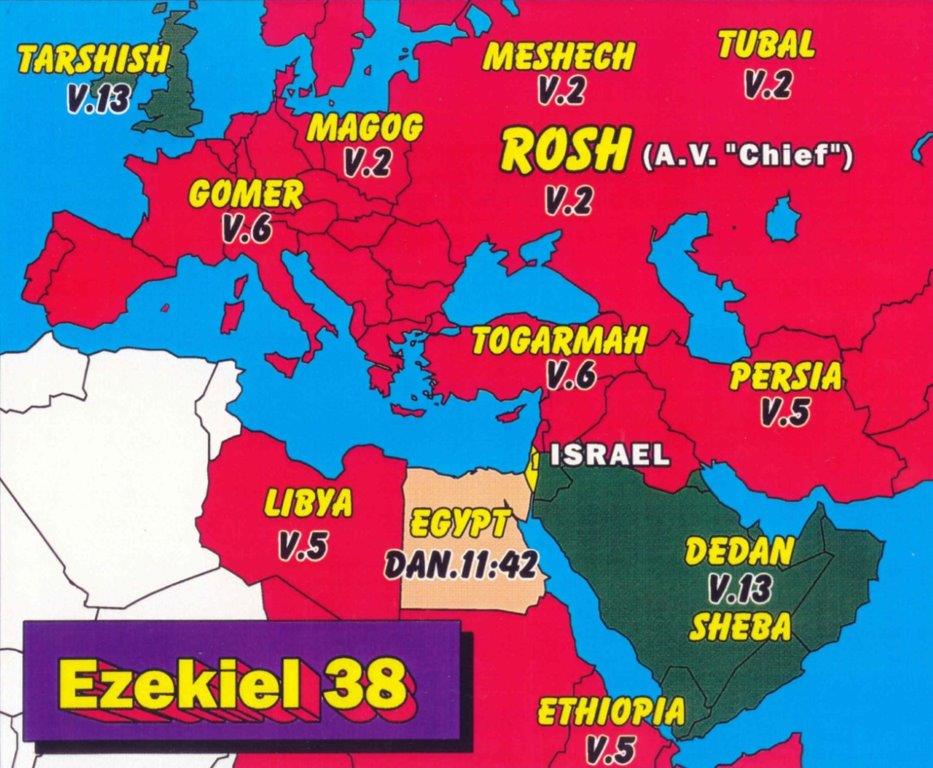 The decision by the British people in a referendum in June 2016 to leave the European Union is also a major sign of Christ’s soon return.

As described in “Sign 2” above Ezekiel 38 refers to Russia.  It also refers to a range of nations as shown on the map. The chapter describes the nations shown in red on the map invading the nation of Israel and the nations in green objecting to that invasion in verse 13.

Hence the prophecy requires that Britain (ancient name of Tarshish) has to be able to act against Europe (Magog and Gomer) which it could not do when part of the European Union.  Hence Christadelphians have long expected Britain to leave Europe prior to Christ’s return.

Saudi Arabia has changed its alliances in the world from being anti Israel to being moderate supporters of Israel.  When the vote was held in the United Nations in 1947 for the establishment of a Jewish state, Saudi Arabia along with Iran, Iraq, Syria and Lebanon voted against it.  In the Israeli wars with the Palestinians and other Arab nations, Saudi Arabia had been a critic of Israel and refused to have dialogue with Israel.

In recent year this has all changed.  The Saudis are now in dialogue with Israel, perhaps because they have a common foe in Iran.

For example, in July 2016 a retired Saudi general visited Israel, leading a delegation of academics and businessmen seeking to encourage relations.

Why is this significant?  Because in Ezekiel 38 when Russia leads a confederacy of nations and invades Israel, Saudi Arabia (called Sheba and Dedan) will object to the invasion. 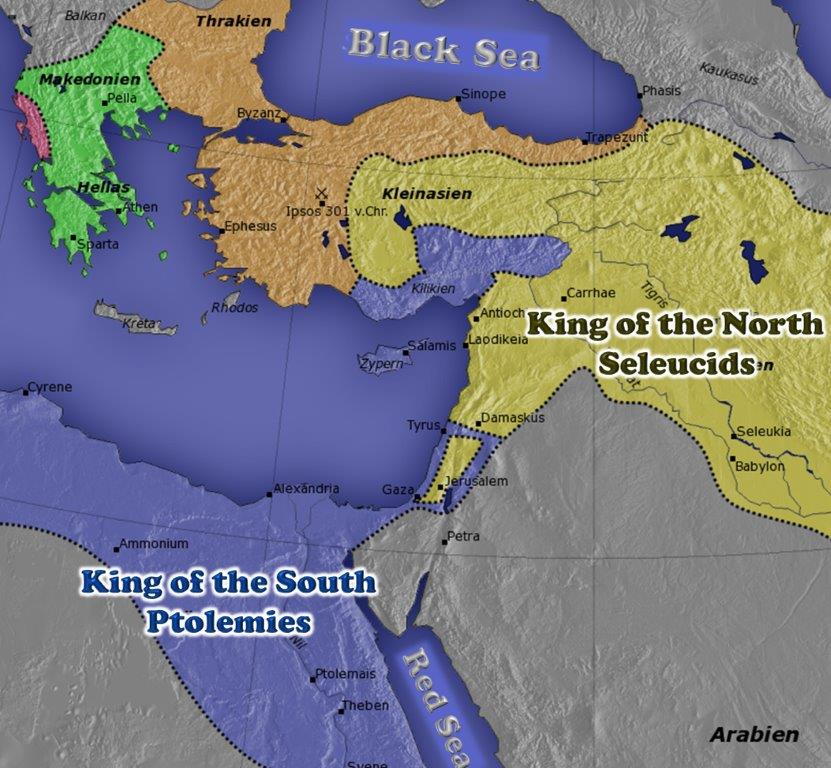 Since 2015 Russia has had an increasingly strong presence in Syria and an increasing involvement in Iraq and Iran.  This is what is expected to happen prior to Christ’s return based on the prophecy of Daniel chapter 11.

Daniel 11 prophesies in amazing detail what would happen after the time of Alexander the Great.  It accurately predicted that Alexander’s empire would be divided amongst his 4 generals and in relation to the nation of Israel there would be a King of the North to the north of Israel, whose territory was controlled by the Seleucids for many years and a King of the South to the south of them (in Egypt) whose territories would be controlled by the Ptolemies for many years.  See map.

Hence Christadelphians have for over 150 years been expecting Russia to take control of the territory of the King of the North.  Now this is happening before our very eyes. 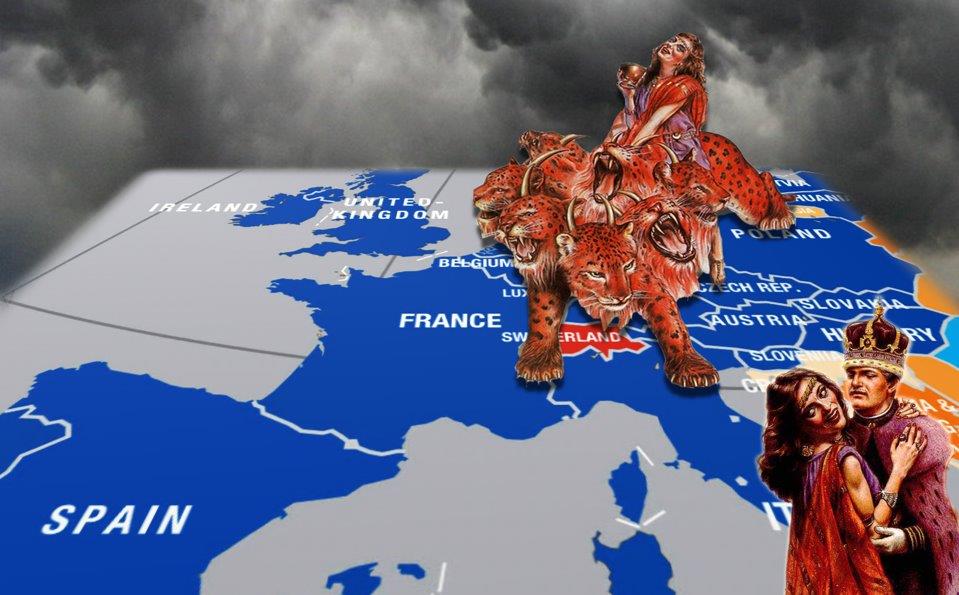 The rise of the power of the Popes and the Catholic church in recent years is another major sign of Christ’s soon return.  In the book of Revelation and chapter 17 it describes that the Pope and the Church of Rome convincing many nations to make war against Jesus Christ when he returns.  The vision shows a woman riding a beast (verses 2-4).  The  woman is identified as Rome in V18

“And the woman that you saw is the great city that has dominion over the kings of the earth.”

In the days that the writer of Revelation lived the Roman empire was in full swing.  There was only one city which had dominion over the earth – it was Rome.

The Pope and the Church of  Rome convince the nations to make war against the returned Jesus Christ (who is referred to as ‘the lamb’ in the book of Revelation)  – verses 13-14:

“… they hand over their power and authority to the beast.  They will make war on the Lamb, and the Lamb will 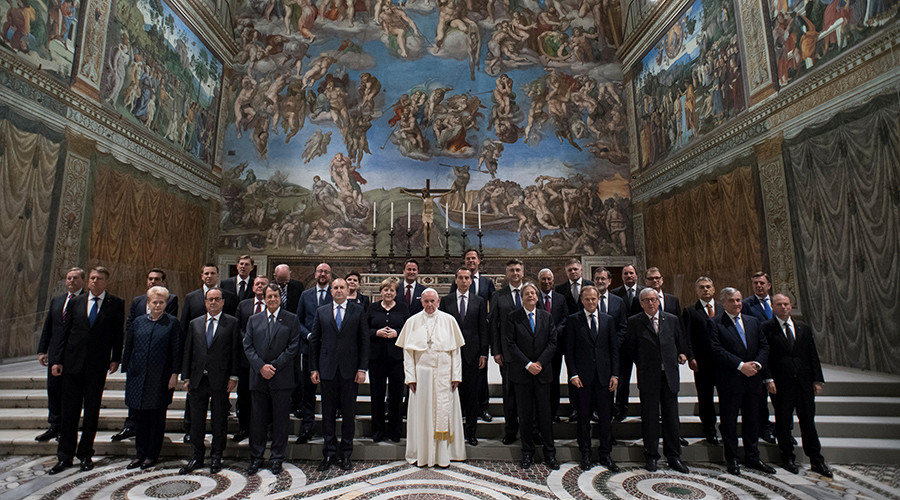 For the Pope and the Church of Rome to be able to convince many nations to make war with Christ, they have to be very influential.  This powerful influence is what is increasingly evident in the Pope.  At the 70th Anniversary of the European Union the Pope was centre stage.  No other religious leader was present.

The decreasing belief in God in the so called Christian world and the increasing level of immorality is a sign of Christ’s return.

The Lord Jesus warns of this near his return:

What were the days of Noah like?  Men were so evil that God decided to destroy the earth:

Gen 6:5-7  And GOD saw that the wickedness of man was great in the earth, and that every imagination of the thoughts of his heart was only evil continually… And the LORD said, I will destroy man whom I have created from the face of the earth.”

What were the days of Lot like?  Again very evil.  Sodom has gone down in history as being synonomous with immorality.  Hence God determined to destroy Sodom and Gomorrah.

Gen 18:20 Because the cry of Sodom and Gomorrah is great, and because their sin is very grievous;

The battle of Armageddon

Jesus Christ returns to the earth at the time a great battle is occurring.  This battle involves all nations and results in a major proportion of the world’s population dying.  However by being baptised into Christ, you can avoid dying in this battle.

Some scripture passages that refer to Armageddon are:

Rev 16:13-16  “Kings of the earth and the whole world, to gather them to the great day of battle of God Almighty. (Behold, I come as a thief. Blessed is he that watcheth, and keepeth his garments, lest he walk naked, and they see his shame).  And he gathered them into a place called in the Hebrew Tongue Armageddon”

Ezekiel 38 describes several nations coming against Israel and several other nations trying to stop them.  When this Russian led invasion of Israel happens:

Ezek 38:18-22 And it shall come to pass at the same time when Gog shall come against the land of Israel, saith the Lord GOD, that my fury shall come up in my face.  For in my jealousy and in the fire of my wrath have I spoken, Surely in that day there shall be a great shaking in the land of Israel … And I will call for a sword against him throughout all my mountains, saith the Lord GOD: every man’s sword shall be against his brother. And I will plead against him with pestilence and with blood; and I will rain upon him, and upon his bands, and upon the many people that are with him, an overflowing rain, and great hailstones, fire, and brimstone.

Zechariah 14:2-3 For I will gather all nations against Jerusalem to battle; and the city shall be taken, and the houses rifled, and the women ravished; and half of the city shall go forth into captivity, and the residue of the people shall not be cut off from the city. Then shall the LORD go forth, and fight against those nations, as when he fought in the day of battle.

The Kingdom of God

After the battle of Armageddon, Jesus Christ will establish his throne in Jerusalem and call all the world to submit.  This begins a 1000 year period of peace and joy and happiness.

The resurrected, immortalised saints will have eternal joy

The capital city of the Kingdom of God will be Jerusalem

War will be abolished

Sickness and Death will be greatly abated for the Mortal Population